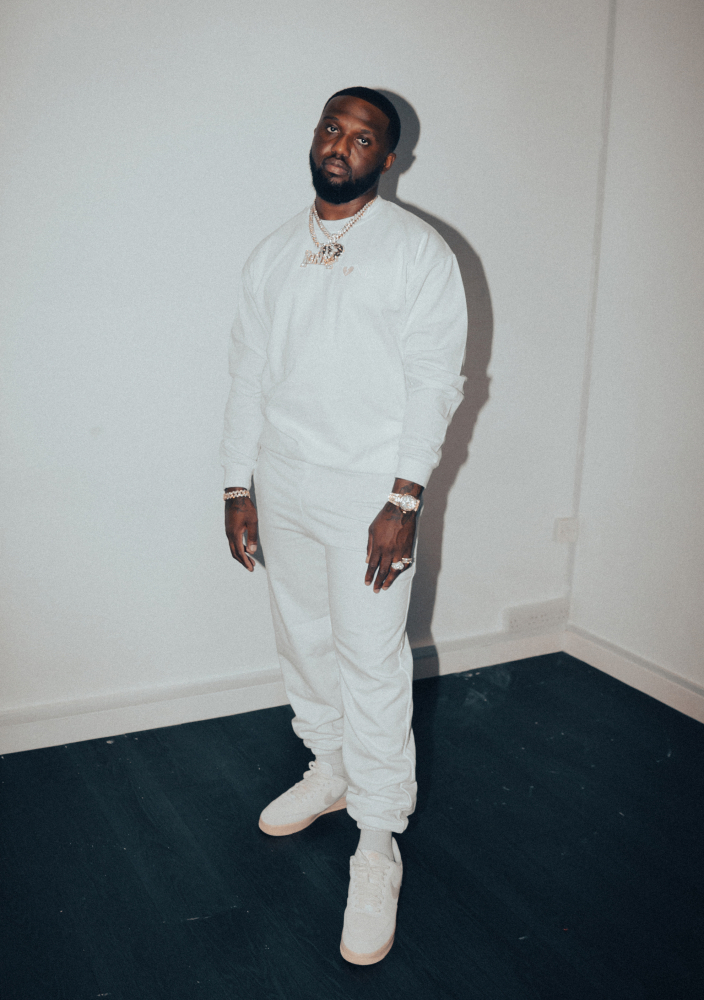 Headie One, the first artist to emerge from the Drill scene with a UK Official Chart top #10 single, rise has been fast but not without validation every step of the way. The 27 year-old rapper born and raised on the streets of Tottenham, one of the figureheads of the burgeoning scene, drew inspiration from the smooth melodics of southern and east coast Hip Hop to create his signature bouncy flow coupled with his acute wordplay. In June 2018, Headie continued his mixtape series by releasing ‘The One Two’ to critical acclaim. Yxng Bane featured on ‘This Week’ proving Headie One’s keenness to support fellow artists, showcased perfectly at his first sold out London headline show at Village Underground. Shortly after in September, Headie was crowned winner of the ‘Breakthrough Of The Year’ award at the GRM Daily’s Rated Awards. Headie appeared on Yo! MTV Raps which followed a standout live performance at MTV Push, alongside Jorja Smith and Grace Carter. Following this, Headie appeared on Snoochie Shy’s Boiler Room TV show and had a hugely successful cameo appearance in Part 3 of ‘Shiro’s Story’. Headie also played a sold-out UK tour to widespread critical acclaim. Continuing the huge success of 2018, Headie started 2019 on an even bigger high, making UK chart history by becoming the first drill rapper to enter the Top 10, reaching number 6, with his track ‘18 Hunna’ featuring Dave. Returning to music with a bang in May he released the track ‘All Day’ and was duly nominated for Best New International Act at the 2019 BET AWARDS. Headie performed at his first Glastonbury last June, further cementing his status as Britain’s #1 rapper with his track ‘Back To Basics’, featuring none other than grime superstar Skepta. In July 2020, Headie One was catapulted to new heights with the gargantuan success of ‘Only You Freestyle’ featuring Canadian Hip-Hop icon, Drake. His starring guest-turn on the track broke Headie on an international scale, solidifying his position as the ‘King Of Drill’. The blistering track has become Headie’s biggest hit to date, peaking at No.5 on the UK Singles Chart and amassing 16 million views on YouTube to date. Upon its release, the song topped Spotify, Apple Music and YouTube’s Trending Chart, making Headie the first Drill artist to ever go No.1 on all three platforms simultaneously. ‘Only You Freestyle’ also received ample acclaim from publications across the globe such as Complex, Pitchfork, Billboard, The Fader, ET Canada, Pigeons and Planes, CLASH, Metro and more. In August, Headie joined forces with his fellow rap kings AJ Tracey and Stormzy for ‘Ain’t It Different’. The official first single from Headie’s forthcoming new album ‘Edna’ set for release later this year. Upon its release it debuted at Number 2 on the UK's Official Trending Chart. Elsewhere it made the cover of Spotify UK’s ‘New Music Friday’ playlist in addition to charting in the top 5 of YouTube Music, Apple Music and Amazon Music. In less than a week the accompany video has already amassed 2.4M views on YouTube. His long-awaited official debut album ‘Edna’ was the culmination of a steady progression that has seen Headie One amass over 100 million global streams and release multiple 10 singles. Upon its initial release in October, the album debuted at No.1 on the UK Albums Chart making history as the first drill album to achieve such a milestone. All the while scoring multiple hit singles like ‘Only You Freestyle’ featuring Drake, ‘Ain’t It Different’ featuring Stormzy & AJ Tracey and ‘Princess Cuts’ with Young T & Bugsey. Critically, the project earned rapturous praise from titles such as The Guardian, The Telegraph, The Times, The Fader, NME, CLASH, The Face, The Line Of Best Fit, GQ Magazine, Loud & Quiet and more.

Headie One has cemented himself as one of Britain’s leading rappers and most formidable talents. Widely recognised as ‘The King of Drill’, Headie’s success has seen the grassroots subgenre rise from the underground to become one of the most applauded scenes in contemporary music.