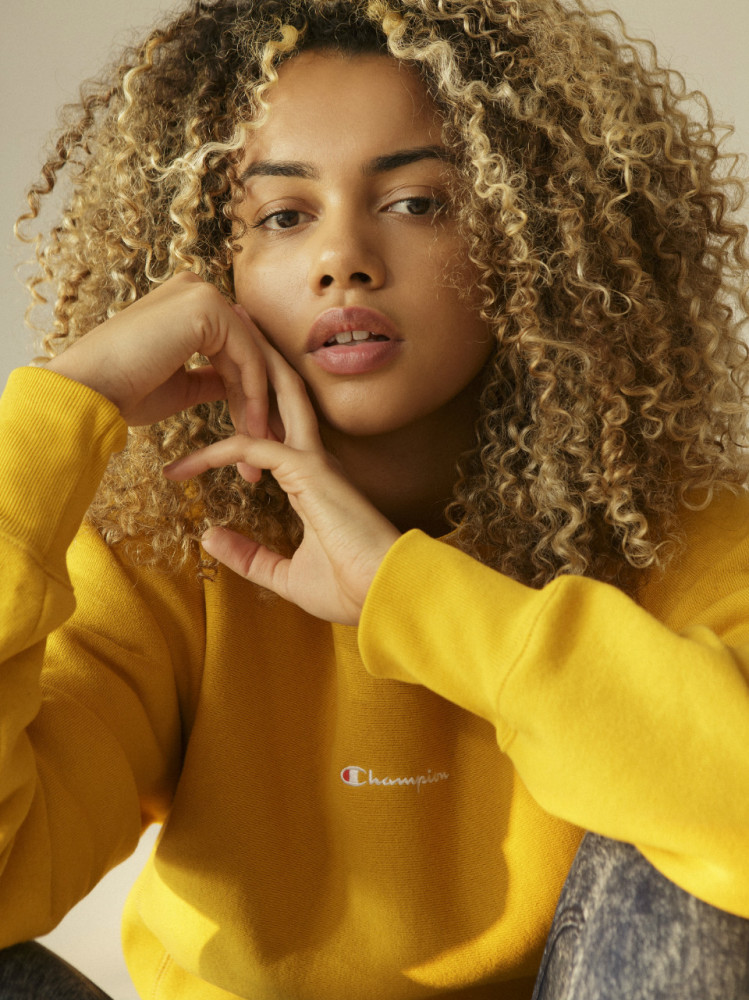 Football has been a big part of Ocean’s early youth, up to the age of fifteen she played competitively in the centre of excellence team Millwall Lionesses. Her footballing career started at six years old playing along side the boys at Senrab FC, since then she progressed to Westham Ladies, settled into Millwall Lioness’s and also trained in EPC camps for England Women. Outside the physical game, she has also featured on screen showing her skills. In 2012 she collaborated with Fifa for a World Cup Advert that was shown globally, she also took part in the movie “Allstars” playing a female footballer. Nowadays Ocean, despite taking the athletics route, can be found training with men’s team Soho Warriors in Haggerston. Still being associated within the football culture, she has been the cover girl of football magazine SEASON ZINE, featured on Hypebeast wearing Own fanclub’s retro football shirts and has been the face of JD’s World Cup campaign rocking the England shirt. Following her cover story with SEASON ZINE, Chelsea FC took notice of her support of the team, allowing her to be part of the Chelsea fan club and represent them at camp nou against Barcelona FC. As a result of her sporting ability she has caught the interest of Nike and has been involved in many modelling campaigns globally within the brand. She leaded the London’s fastest Nike Campaign which then followed onto a ASOS x Nike campaign. Oceans entrance into the fashion and modelling scene was opened up by a Vogue article written about her titled, ‘This Rising London Trackstar Has The Best Curls On Instagram’. Other sporting brands such as Adidas and Tommy Hilfiger Sport have also worked with Ocean, not to mention her relationship with Puma which has resulted in billboards across central London. Despite Oceans repour with major sporting brands she has worked across the board with many fashion brands, from Kenzo to Maybelline, to personal relationships with both Urban Outfitters and Calvin Klein. Her social media presence has also seen her travelling the world with brands such as Pacsun to Bora Bora, Tokyo with Bape, New York with Motel Rocks and many more. She also recently became the face of YSL’s beauty glow foundation. Nonetheless, her platform has also given Ocean the ability to create a successful clothing brand stemming from her love of art. Ocean seeks to eventually be known solely for her art, she hopes the relationships she has created along her sports and model journey will allow amazing collaborations to take place.