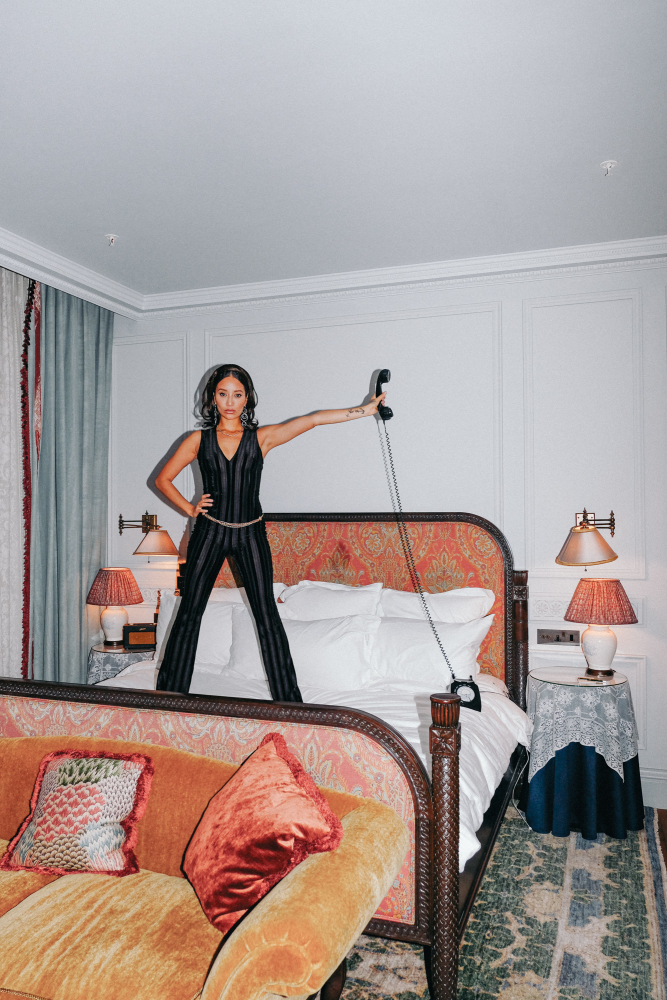 Sophie Apollonia is the London-born movement director, dancer and model of the now. She was trained at the Royal Ballet in the UK and has starred in critically acclaimed stage and film productions such as An American in Paris, McQueen and Disney’s The Nutcracker. Additionally, she directed and choreographed shows in the underground art and club-world of London. Today, Sophie brings her diverse dance background, infuses it with her Jamaican heritage and charisma when creating captivating choreography within film, photography and fashion. As a movement director her clients include Dior, Jimmy Choo, Acne Studios, Azzaro and Netflix. As a dancer and model, she has been the face of campaigns for Kenzo, Moêt, Zimmermann, Champion, Coco de Mer and Uniqlo – as well as being featured in Vogue, Elle, Marie Claire, Women’s Health and a number of music videos.