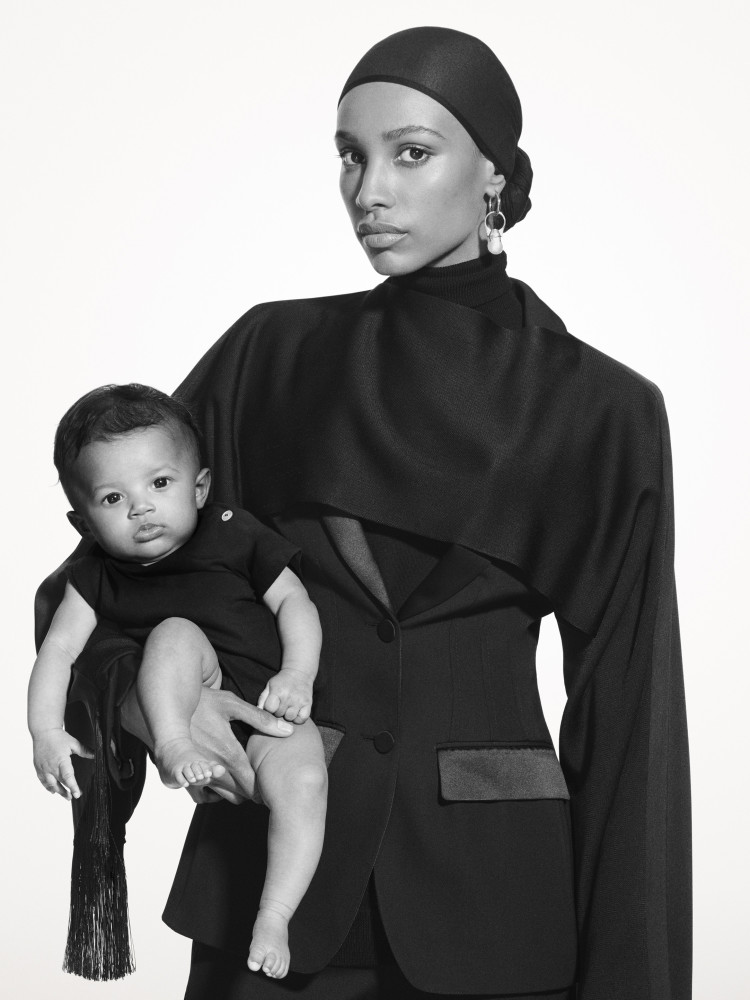 Ikram is a girl of many talents: She is studying biomedical science at the University of West England, has her own YouTube channel and is an international model with campaigns for the likes of Burberry under her belt. She also starred in a Nike swimwear campaign and made fashion history when she appeared on the cover of Vogue Arabia with fellow hijab-wearing models Halima and Amina Aden - a first for Vogue and a groundbreaking step for diversity.

Born in Stockholm, from Somali descent Ikram moved to Bristol with her parents when she was 8. She chose to start wearing a hijab at 11 and is proof that you can work in fashion without sacrificing your faith. For the 24-year-old becoming a model was a dream of hers since dressing up with friends and staging catwalk shows as a child. She was scouted and signed on the spot by Premier Model Management in spring 2018, while still studying at the University of West England and began her rise to fame.

Scroll through her Instagram or watch her makeup tutorials on YouTube and you’ll see her unique style and down-to-earth personality. Her videos give honest and sassy reviews of beauty brands and she loves trying out new looks. But she also uses her social channels to inspire her 120K followers and to shine a spotlight on issues she is passionate about. Calling out racial injustice and calling for greater minority representation. It has always been Ikram’s goal to represent her religion authentically and she is now one of the leading faces redefining what a model can be.